A south-west Victorian Land- care facilitator says the discovery of feral pigs in a regional nature reserve is evidence the pest animals are on the move.

Ms Mill said the sighting was 20 kilometres from the area where pigs had previously been seen.

She said while it was unlikely pigs would continue to be a major threat in the reserve, their discovery had raised the need for a coordinated approach to their control.

“This particular incident has highlighted their mobility and how far they will push into a farming area if they have places to hide,” she said.

Parks Victoria said an inspection revealed the pigs had damaged about 300 square metres of the reserve as well as neighbouring farmland.

She said she was encouraged by the swift eradication of the pigs after the sightings. “We feel this has encouraged a greater investment from a number of agencies Parks Victoria, the Department of Environment, Water, Land and Planning COORDINATED APPROACH: A more coordinated approach to feral pig control in Victoria's south-west has been flagged, after the pest species was found in a small regional flora reserve. (DELWP), and Agriculture Victoria - in facing the problems feral pigs can bring, when they occupy new territory, she said.

“I have been trying to get a cross-tenure response from agencies, crown and private landowners.  this result at St Helens, that's got massively easier.” She said she was hoping Agriculture Victoria would support Basalt to Bay in carrying out community education around the topic.

“If you have never had feral pigs on your land, you may not know what the damage looks like or what it means for your farm,” she said.  “I’m keen to get a letter out to all registered land- owners in areas around here. I can send them some information, they can mull it over we'll be available to talk about it.”

Heywood prime lamb and wool producer Stuart Croft has begun exclusion fencing on part of his property, after finding pigs about six months ago.

“While they are not there at the moment, my big concern is that it's the pointy end of the wedge, Mr Croft said.

He said he was also concerned about hunting, which made fellow producers reluctant to speak out. “Once the word gets out there are pigs in the area, hunters hit them pretty hard and they scatter,” he said.

“People I talk with are always surprised at how much damage one pig can do,” he said. “It will tear up half a hectare by itself in a night.”

Mr Croft had started to put in exclusion fencing for both kangaroos and pigs, but it was very expensive. “I was always against the idea of exclusion fences, but at the end of the day the only way you're not going to be affected is to physically keep them out,” he said.  “I wonder if we need to be looking at baiting as an option, that might be something than can be done on a bigger scale at not a lot of cost.

Lamb producer Janet Nunn said the property she ran with husband Wayne backed onto a bluegum plantation, which was now being cut for timber. She said she recently noticed pigs had caused in one of the paddocks, closest to the plantation.

While the damage was minimal, she said it could have been much worse. “It shocked me, they can do a paddock in a very quick time,” she said. “There is certainly activity around.”

She said it had been “a terrible year” and the costs of having to renovate a paddock due to pig damage would have been very costly. “This is one of the huge things we need to address, immediately,” she said.

She said there had been sightings in nearby Bessiebelle, while other producers reported seeing pigs around Simpson. Ms Mill said she was encouraged more people were talking about the problems pigs caused. “As the managed forestry plantations comes of age and are harvested, the cover pigs require is reducing,” she said. “They will become more concentrated in parks, the DELWP and Parks Victoria land, on roadsides and around farm dams. “ 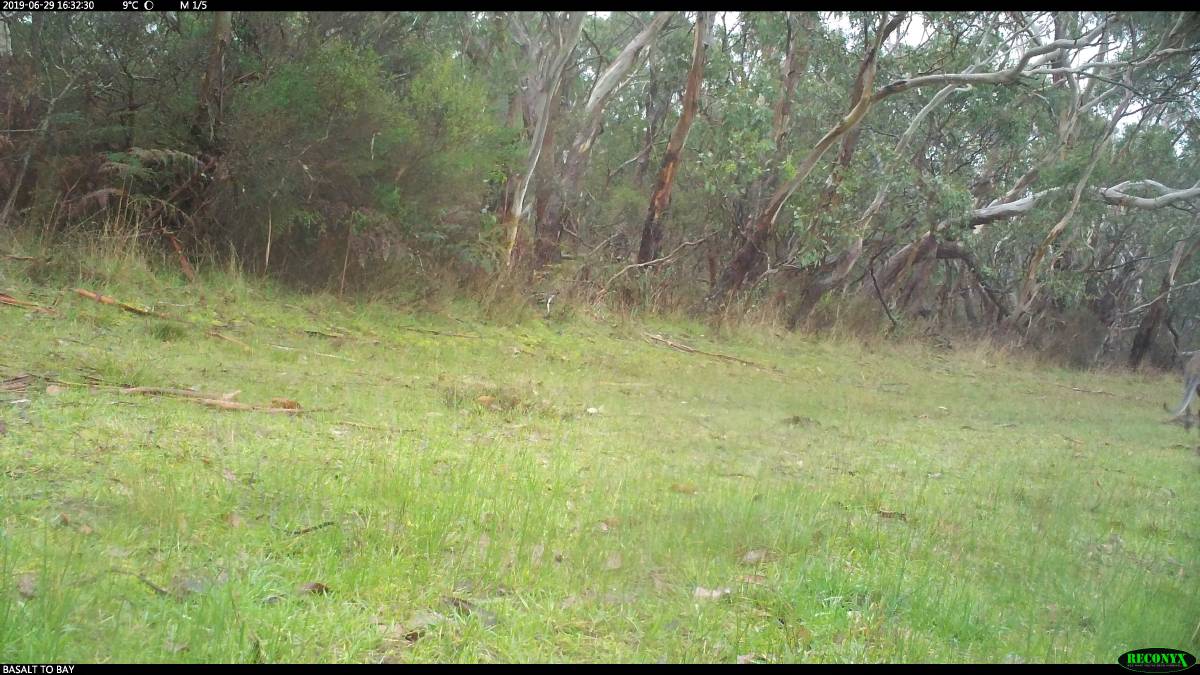 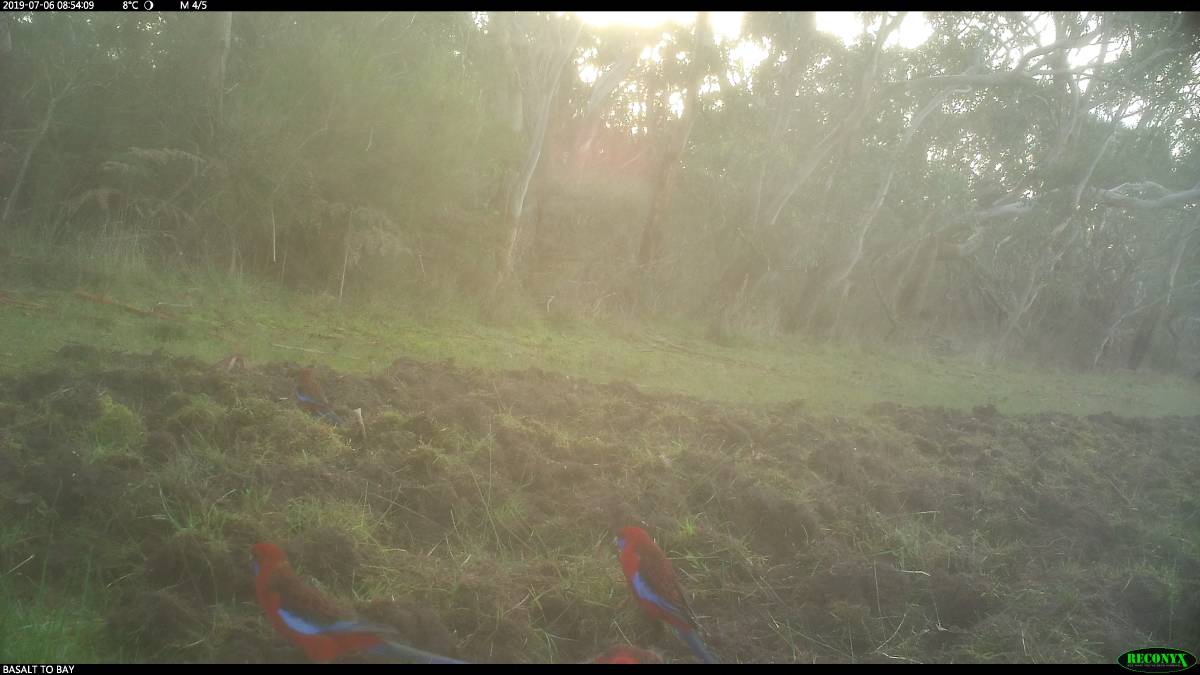 “As we get into summer, pigs don't handle the heat very well, they need water and shade.”

“if you have those combinations presenting on your land, you are more likely to get a bunch of feral pigs turning up.”

Because feral pigs hid from people, noise and disturbances, sightings could often be quite fleeting. Adding to the challenge of identification, the pest species was highly mobile, and pigs would seek habitat that suited them. A DELWP spokesman said agencies knew feral pigs were having an impact in the area.

“that’s why we're continuing to work with our agency partners in the far south west to contain pigs to already established locations and eradicate new populations,” the spokesman said.

“A key focus is to better coordinate control work with neighbours because we know the best results are achieved where neighbours conduct simultaneous feral pig control across a landscape, rather than just on individual properties.” Parks Victoria rangers developed an eradication plan for the St Helens pigs in coordination with Basalt to Bay, neighbouring farmers and DELWP.

Parks Victoria ranger Ben Hammond said the response at St Helens was an exceptional example of the effectiveness of community and government working together to provide benefits that went beyond park boundaries.