Kangaroo Island Cat-Proof Fence Goes To The Council For Approval

The application for the feral cat fence, that will aid the ambitious Kangaroo Island Feral Cat Eradication Program - the largest of its kind in the world, has been submitted to the KI Council.

With the KI Feral Cat Eradication Program moving into its next phase, to eradicate feral cats from the Dudley Peninsula, the KI Natural Resources Management (NRM) Board has lodged an application with the council to construct a cat proof fence on unmade road reserve near Pelican Lagoon.

The cat-proof fence which will go across the narrow isthmus near Pelican Lagoon to prevent reinvasion of feral cats from the west once they are eradicated on the peninsula.

Council staff and councillors toured the site of the proposed cat fence back in June and were generally supportive of the concept and route.

KI NRM regional manager, Damian Miley welcomed the lodging of the application, noting it had been a long process but one that would pay dividends for threatened species on the island.

"Following consultation with all the neighbouring landowners along the preferred route and other stakeholders to work through issues surrounding the movement of other animals, I hope to see the fence application welcomed by the wider KI community," Mr Miley said.

"The fence will have four 'gaps', including the crossing at Hog Bay Road, that will be monitored and controlled to stop the movement of feral cats but allow the movement of other wildlife in the area."

KI NRM Board presiding member, Andrew Heinrich said that eradicating feral cats from the island would be hugely beneficial to both threatened species and the livestock industry.

"It is well known that feral cats are the main predator of our threatened species, many of which have their last refuge on the Island, but farmers also know that cats are the main carriers for several diseases such as toxoplasmosis and sarcocystosis that hit farmer's pockets hard," Mr Heinrich said.

The four 'gaps' in the fence, some of which will be gated allowing for the movement of people, kangaroos and other wildlife, will be heavily monitored and have controls in place to reduce the movement of cats.

The extremities of the fence are designed to encompass the cliff edge on the south coast, similar to what has recently been used at Venus Bay, on the Eyre Peninsula while at its northern end, the fence will extend into Pelican Lagoon, using plastic-coated galvanised steel, to stop cats passing beyond the low tide mark.

The fence itself will be a standard cat proof fence design, used in several other locations across SA and Australia, will have a floppy top section to stop feral cats from climbing over. The route will run down the middle of an old road reserve about 3 km long from the cliffs of the south coast to Pelican Lagoon. 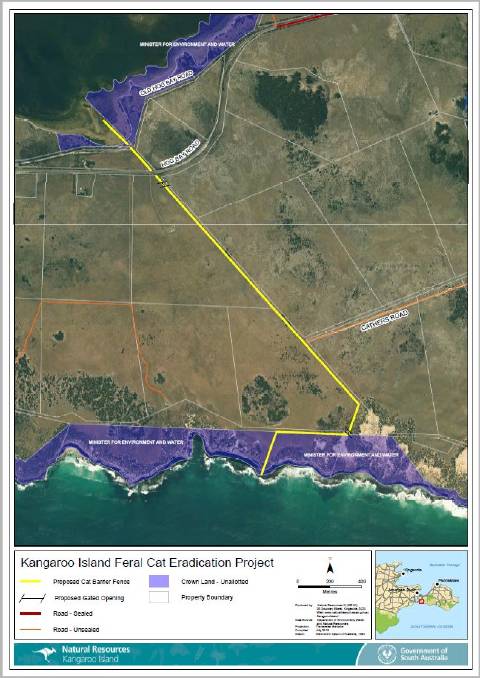 FENCE ROUTE: The proposed route of the cat-proof fence across the narrowest point separating the Dudley Peninsula on Kangaroo Island. 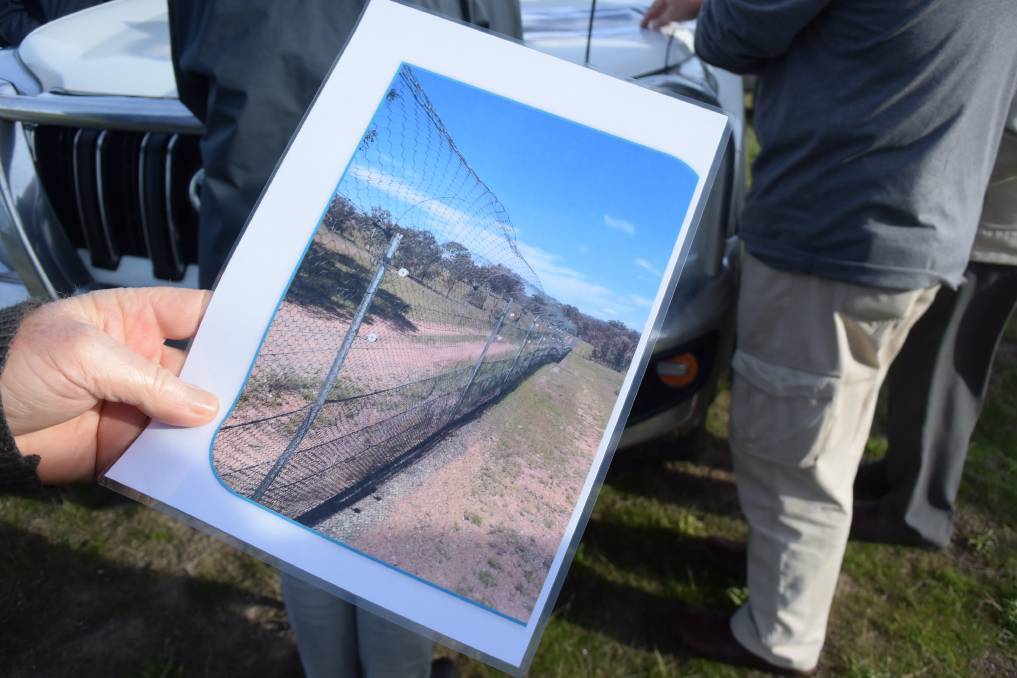