Fine-tuning their stocking rates and better managing nutrition levels of their Merino flock have proven invaluable to Peter and Elizabeth Clark.

Having an accurate understanding of your optimum stocking rate and nutrition levels is the key driver of merino flock longevity and productivity.

That’s according to Peter and Elizabeth Clark, who together operated the 12,000 hectare property Leander, North of Longreach, where they typically run a flock of between 2,800-3,000 self-replacing merino ewes and some wethers.

Over the past 40 years, the Clarks have discovered the benefits of fine-tuning their stocking rates and better managing the nutrition levels of their sheep by spelling country when they can and managing total grazing pressure (TGP) with the exclusion fencing.

“for us, it was a lot of trial and error to work out the best stocking rates, different paddocks in different seasons.” Mr Clark said.

“In the 80’s we ran too many sheep and were only achieving low market rates.

“when we stated to tweak the stocking rate and bring it down in those underperforming paddocks, we stated to increase our marking rates.

“we also itemised wool clip records across the different paddocks and adjusted our stocking rates accordingly.

rates accordingly.Sure enough over time we were able to increase the wool cut on an individual sheep basis and drive our marking rates up by about 10%.

Pest control is another key element to boosting the nutritional performance of your paddocks, and the Clarks found a move to exclusion fencing in 2015 was an effective method to manager TGP.

“The Quality and mix pastures have improved dramatically and we’re seeing grasses we’ve never had before. Essentially, until we started managing for TGP on our property, we were inadvertently overstocking.” Mr Clark said.

“when TGP is manages we can effectively spell paddocks, run more sheep and mark more lamb.”

Before the exclusion fence, the Clarks were only running very low numbers on desert country and reaching a lambing rate of 80 per cent.

“with the fence, were now achieving a lambing rate of 100 per cent and above, and we can adjust our stocking rates according to the land’s needs- letting it rest when it need to and boosting the long-term nutritional benefits of our pastures,” Mr Clark said. 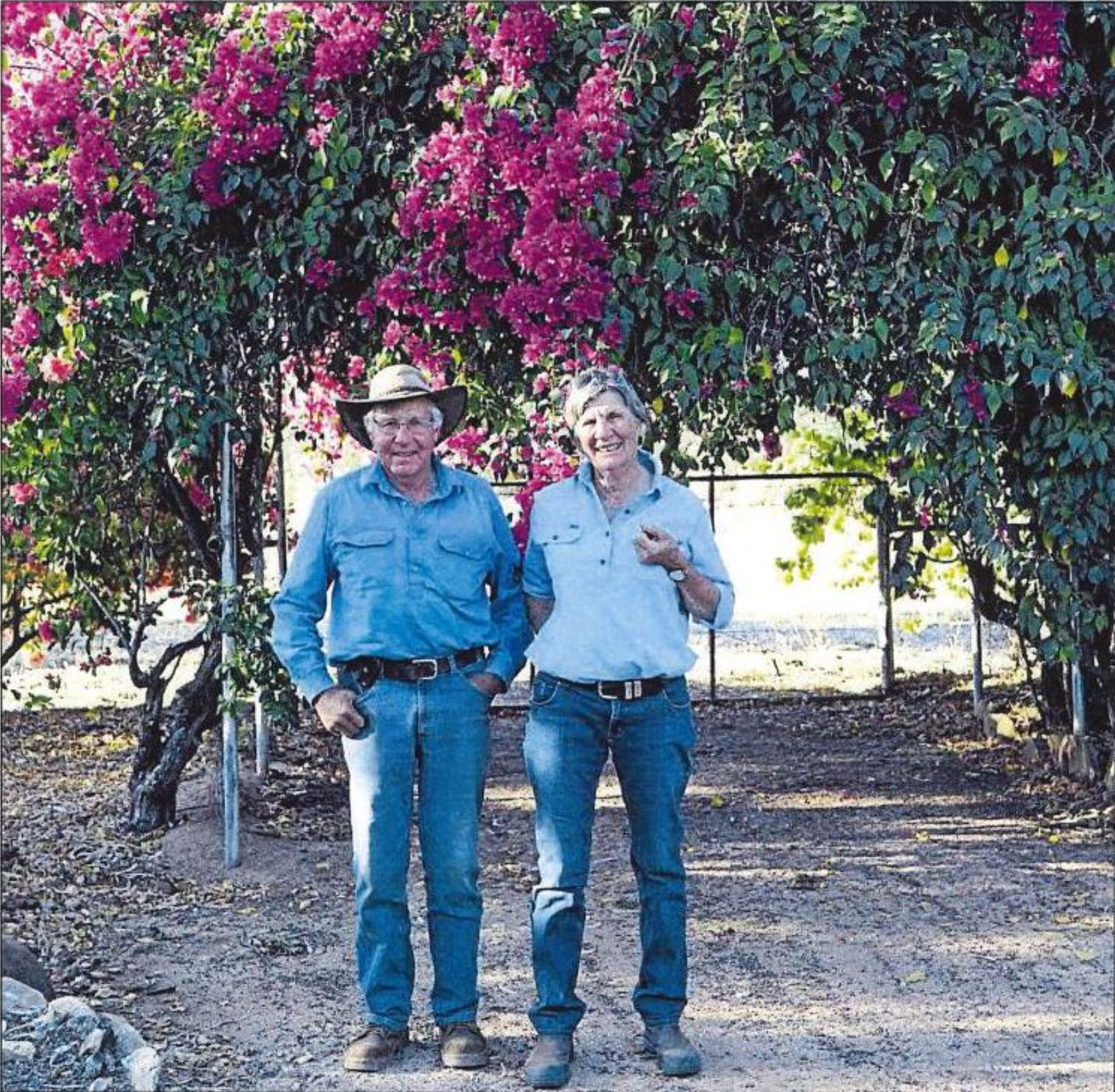 Nutrition and land condition are factors the Clarks keep a close eye on opting to destock in the tough years to avoid degradation of their soils.

Sorting ewes on a wet/dry basis is something that has also allowed the Clarks is dramatically boost the productivity of their flock.

“Each year, by wet/dry sorting our ewes at marking, we are able to eliminate all sheep that have any problems with producing a lamb,” Mr Clark said.

"Over the years, we have managed to build a productive flock we can sort efficiently at marking."