Grazier Andrew Wood believes the issue of reinstating a major Northern Tablelands dog fence goes to the heart of sheep production in Australia, and whether governments are really in the business of protecting farmers.

Mr Wood, Woodville, Armidale, has suffered dog attacks like many Northern Tablelands woolgrowers. Last year in September, shortly after shearing, he lost hundreds of ewes in the paddock from a wild dog attack. He had to deal with the ghastly sight and mental stress of seeing his sheep running around the pad- dock, bitten in many places, some with their intestines hanging out, still running to get fed in the drought.

Such has been the reaction to attacks, many graziers are not joining ewes this season, not just because of the drought, but not wanting to see more wild dog attacks and stock losses. Often dogs will attack to eat foetuses in sheep.

“We need to rebuild confidence so that after the drought we can rebuild our sheep herd” he said.  “A fence is all about restoring confidence.”

Mr Wood successfully put forward a motion at NSW Farmers conference to seek a fence running from Glen Innes down to Walcha on the eastern side of the Tablelands. It would go on the line of the old dog fence built in the early 1900s. The motion also called for the NSW Government to build and maintain the fence. Mr Wood sees such a fence as also a way also to create employment.

Mr Wood has the backing of another Northern Tablelands grazier Dave Worsley, who is also the wild dog co-ordinator for Australian Wool Innovation (AWI). He has lost over 300 sheep himself to attacks and believes the mental stress of this is not acknowledged.

Mr Worsley says although stock attacks have fallen, almost halved in the last five years, there was still a good case to build a larger fence. He said that predation has fallen from 2121 head of livestock in 2014 to 1167 head in 2018 as reported to Local Land Services on the Northern Tablelands.

He said there were 38 successful wild dog groups scattered through the Tablelands that were doing an excellent job in controlling wild dogs with baiting and employing hunters to track down dogs. Dogs are known to wonder on specific tracks through the forest and can cover up to 40km in a day. “We have been far more active and getting success,” Mr Worsley said. “We have done more than 3700 km of aerial baiting this year. If you put up your own fence, we find basically you get a hole every 14 days, so you're basically giving yourself a job for life.“ 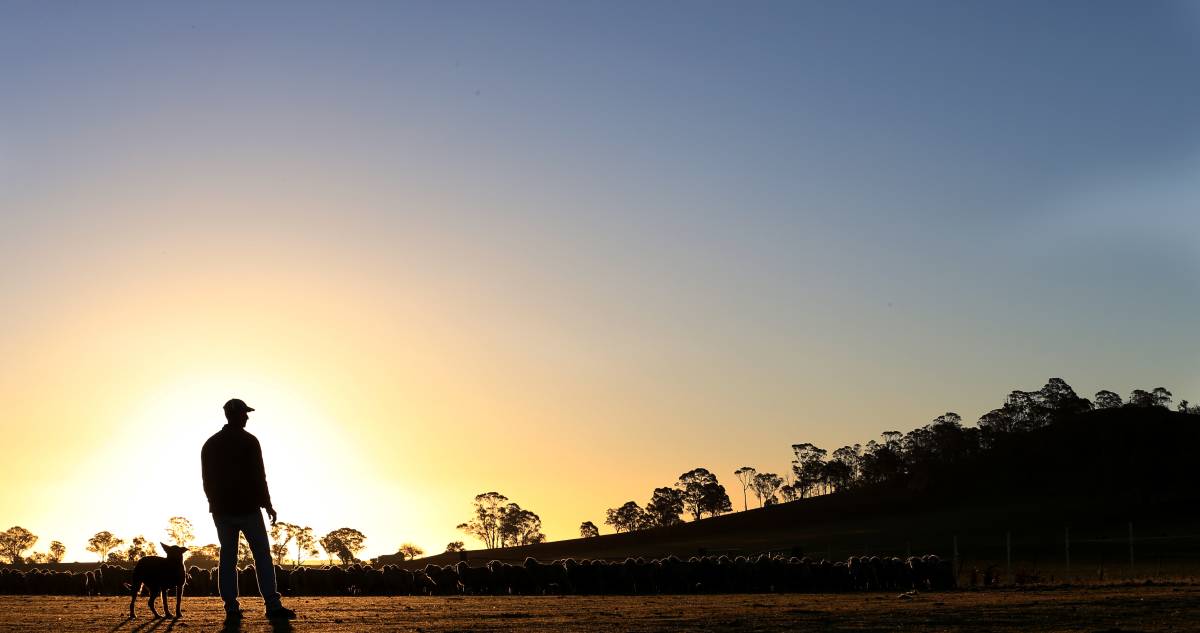 “We certainly don't see any internal exclusion fences as being the answer. But we would be generally supportive of a north-south fence, possible running from Red Range near Glen Innes down to Walcha. It would be a massive project to go ahead and you'd probably have to follow the historic lines.”

Large dog fences are also being proposed in the Monaro. The Land has heard of one 19km fence being considered in consultation with the South-East Local Land Services. Landholders in the Monaro have also thrown their hands up in the air at the continuing wild dog issue, also saying the fence is their last resort, now that dogs have an uninterrupted supply of meat from the flourishing deer population.

Luke Pope, Monaro local manager LLS, said there was no “one” solution to wild dogs, and everything had to be on the table. The LLS had achieved good results by the nil tenure control approach with farmers, Nationals Parks and State Forests.

“It is really important that if we are talking fences, we need to get the community on board. Fences can have a very adverse effect on landholders who are not part of it, he said.  addition of fencing as a new tool is something, we are very excited about. Farmers near Jindabyne had enjoyed success with exclusion fences for deer. Often National Parks will help fund the fence.  can't stop working on dogs, it's ongoing management needed to protect the sheep industry. Fencing should not be seen as substitute for other controls.”